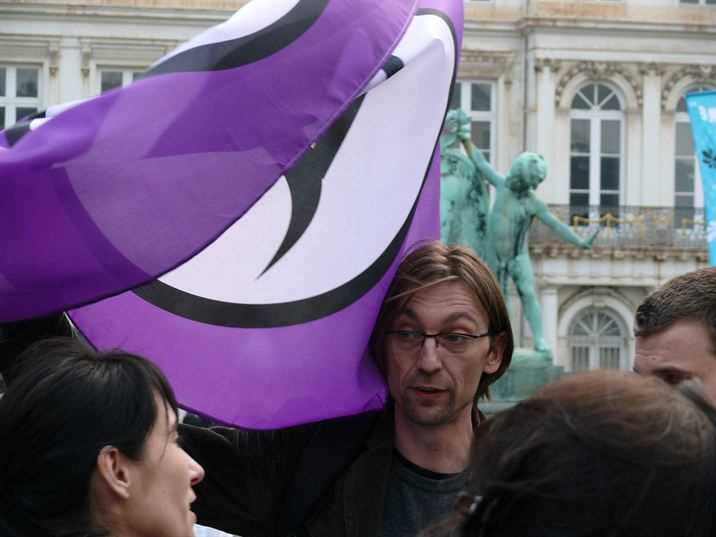 The Pirate Party of Canada has a rather short history, though recent momentum has filled our past year with promise and excitement. The party was originally an idea conceived in 2006 by Canadian members of the Pirate Party International forums. Not much developed however, until early 2009, when a small handful of youths gathered from around the country, including founders Rob Britton, Mike Bleskie, Ryan Nelson, and a few others. They resolved to move forward with the ambition of becoming the first official Pirate Party outside of Europe. On June 10, 2009, after the Swedish Piratpartiet achieved electoral success, the Pirate Party of Canada was established in the form of a web forum. The dream began to materialize.

Working with other interested groups and “copyfighters” across the nation, the PPCA steadily gained speed, and with Jake Daynes, a 19-year-old university student from Nanaimo, BC elected as interim leader, everything truly came together. Over the course of late 2009, a campaign took place to gather 250 voters as members, and to have them officially endorse the party’s formation. Those matters, along with various smaller details under the care of technical director Stephane Bakhos, were quickly dealt with. When the time came to submit our registration, confirmation of eligibility and acceptance took no more than a few weeks. On April 12, 2010, exactly 10 months after the PPCA web forum was first established, Elections Canada declared us eligible for registration as a federal party.

In November of 2010, the Pirate Party of Canada ran their first candidate, Jeff Coleman, in a Winnipeg North By-Election. He received 94 votes, beating both the Communist Party Candidate and the Christian Heritage Party Candidate. By participating in this by-election the party completed its last requirement for official registration. Attention turned to preparation for the upcoming federal election.

In Canada’s forty-second federal election the Pirate Party ran 10 candidates and received a total of 3198 votes. For more information on that campaign refer to our wiki page.

Immediately after the election the party entered a period of reflection and change. In 2012 it amended its party constitution to fix several issues concerning the administration of the party during election periods and to improve efficiency. The changes separated party administration from policy development and are still in place today.

Through 2013 and 2014 the party began the process of developing its 2015 Election Platform with the goal of having the process be as open and member-driven as possible and to expand beyond the core pirate issues outlined in the 2011 platform.

In April of 2014 the Pirate Party joined with 9 other registered parties in issuing a joint statement against undemocratic changes proposed in the government’s Bill C-23. The party was also invited that same month to speak before the Standing Senate Committee on Legal and Constitutional Affairs on Bill C-23. Ric Lim was sent on behalf of the party to address the committee.

If you wish to learn more about the PPCA’s history, contact us at